Earlier this year PACC invited junior and U23 members who have been selected to the State or National team, or have been racing at the national level regularly to apply for our Junior and U23 Racing Scholarships. The cash scholarships are intended to be used to support of travel, accommodation and kit purchases.

Congratulations to the following PACCers who were announced at the PACC AGM in May as the successful recipients for 2019!

Tessa Manning is an enthusiastic racer of multiple cycling disciplines, and with a focus on cyclocross for the last few years. After dominating the junior CX podium, her steady and consistent progression has seen her regularly appear on local, state and national podiums. Whilst currently undertaking an Honours degree in conservation genetics at the University of Adelaide, Tessa still manages to find time to train regularly with the aim of competing in the National CX Series in the elite category as there is no U23 category.

Katarina Chung-Orr is a proud PACCer and has represented SA since she was a 2nd year u15 and is now a 1st year u19. During that time she has won two seasons of NJTS, one national road title, several junior track and road medals. This season she has won a bronze in the road TT at Ballarat and an omnium bronze in the National Track Championships. She was also a member of the gold medal winning SA Women’s Team Pursuit at the Australian Track Championships in Brisbane earlier this year. Kat now has her eyes set on doing well at Oceania in New Zealand in October, with an aim to get a sub 2:28 in the IP.

Elsie Van Hoof represented her state at the Australian National Track Championships early April 2019. Aged 20, this was Elsie's first time representing South Australia as an Elite track cyclist after having some time off in 2015-2017 due to Glandular Fever. Elsie is on her big come back after having two years off the bike and has not stopped training since being given the all clear. She is a young, motivated, very determined rider with a full cycling career ahead. 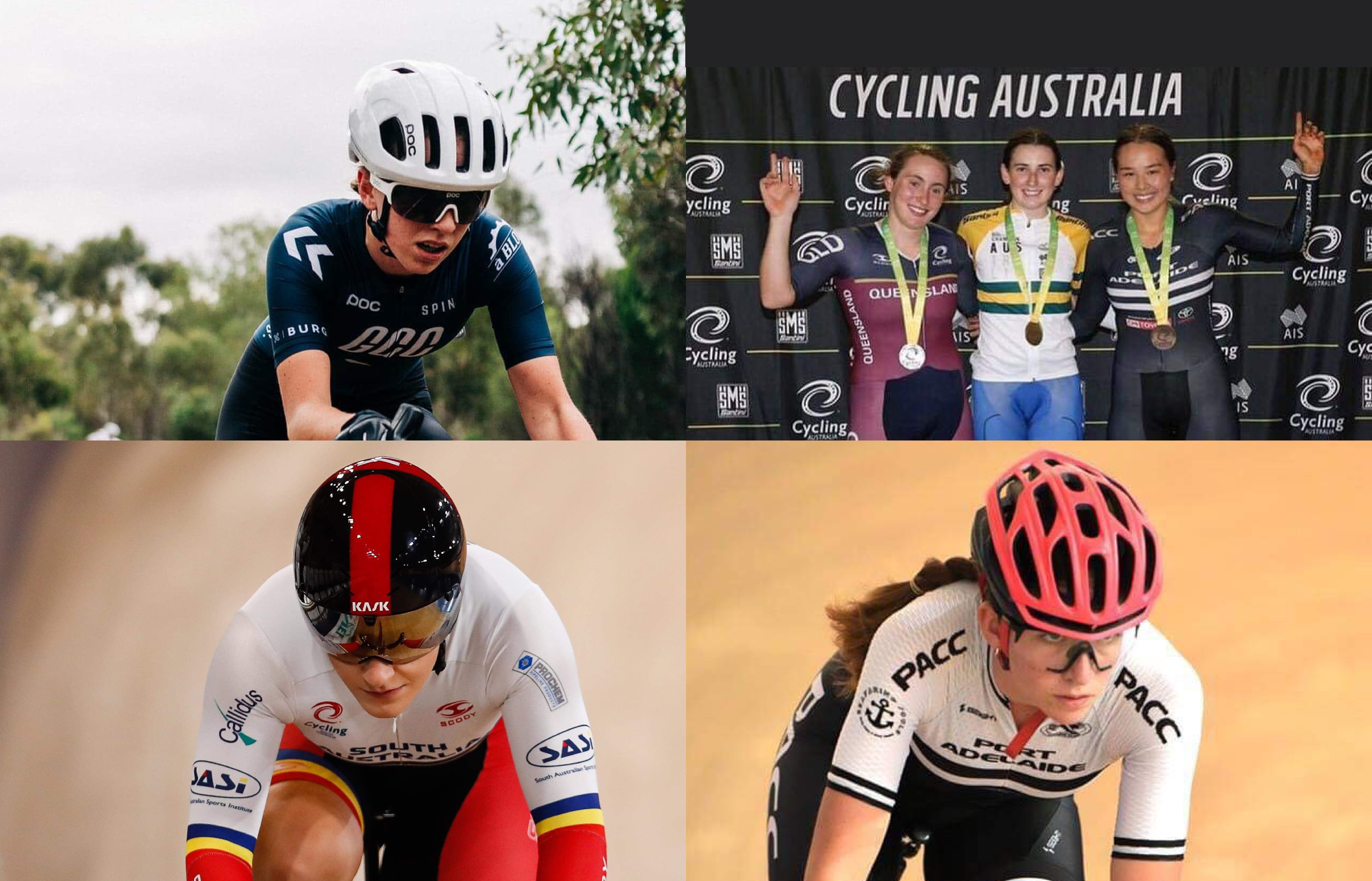